Auburn fired coach Bryan Harsin on Monday, the school announced. Harsin coached one season plus eight games for the tigers, compiling a 9-12 overall record and a 4-9 mark against SEC opponents. Auburn is currently 3-5 on the season. Cadillac Williams, a four-year assistant coach who was a star running back for the Tigers from 2001-05, will serve as interim head coach.

Harsin’s short tenure at Auburn was precarious almost the entire way. Harsin was hired in December 2020 to replace Gus Malzahn, who was fired at the end of the 2020 season and received a $21.45 million buyout. The Tigers went 6-7 in Harsin’s inaugural season, ending with a five-game losing streak that marked their worst record since 2012. Harsin fired Mike Bobothen their offensive coordinator, but Bobo’s replacement Austin Davis waived soon after. Next, defensive coordinator Derek Mason left for the same job at Oklahoma State, while Harsin signed a recruiting class that ranked 18th in the nation — eighth in the SEC and behind many of Auburn’s annual SEC opponents.

In February, the university launched an investigation into a mass exodus, which involved a total of 18 players and five assistant coaches. Many saw this as an attempt by the donor base to move on from Harsin at the time. All it did was cast a shadow over a rebuilding program. 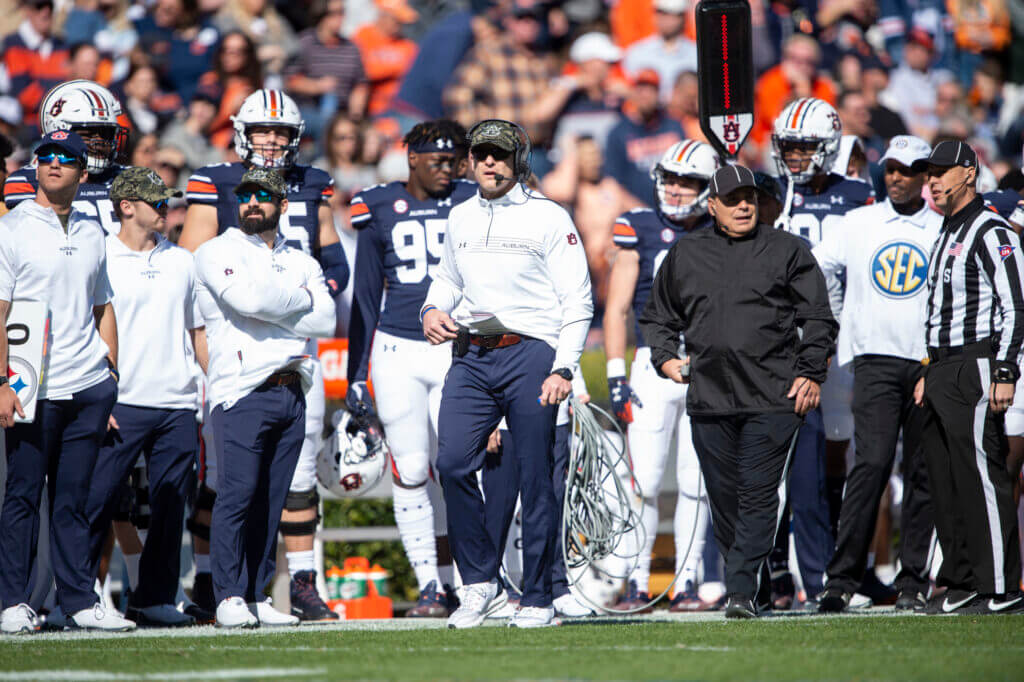 Harsin, who signed a six-year, $31.5 million contract when he was hired, will receive a $15.3 million buyout from Auburn.

Alabama football: The Tide game is a concern after Mississippi State