The Kings of Los Angeles and the Blues of St. Louis are in NHL action Monday at the Enterprise Center. The Los Angeles Kings are looking for a win after splitting their first 10 games. The St. Louis Blues looking to snap a 4-game losing streak.

The Los Angeles Kings are averaging 3.5 goals per game and scoring on 19.2 percent of their power play opportunities. Gabriel Vilardi leads Los Angeles with 7 goals, Anze Kopitar 8 assists and Trevor Moore 31 shots on goal. Defensively, the Los Angeles Kings are allowing 4.10 goals per game and are killing 77.8 percent of their opponent’s power plays. Jonathan Quick has given up 25 goals on 205 shots faced, and Cal Petersen has allowed 14 goals on 104 shots.

The St. Louis Blues are averaging 2.57 goals per game and scoring on 29.4 percent of their power play opportunities. Justin Faulk leads St. Louis with 3 goals, Brayden Schenn has 7 assists and Jordan Kyrou has 24 shots on goal. Defensively, the St. Louis Blues are allowing 3.57 goals per game and are killing 81.3 percent of their opponent’s power plays. Jordan Binnington has allowed 13 goals on 134 shots faced, and Thomas Greiss has given up 8 goals on 83 shots.

The St. Louis Blues will have the benefit of the doubt more times than not at home, and their squad suggests they are better than they have shown over the course of 7 games. However, the Blues just aren’t playing well to this point, and it makes me hesitant to back them in the favorite role. The Los Angeles Kings have their issues as well, but they’ve shown some offensive firepower and absolutely enjoyed themselves with losing teams dating back to last year. I’m going to take a stab at the road dog here, given the Blues’ shaky form. 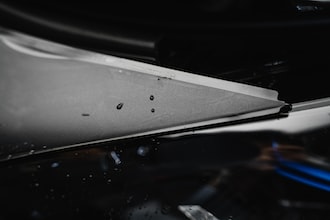 Next week: Another hard week on the road and another on the back

Daily Dallas Stars Links: Inside the Stars’ Fast Start to 2002-23

Why Brad Marchand Is ‘Lucky’ After Undergoing Double Hip Surgery