The NFL earns its “No Fun League” nickname at times. This was fully evident this weekend when the the umpires threw a flag Carolina Panthers wide receiver DJ Moore for removing his helmet after scoring what should have been the game-winning touchdown in the final moments of regulation against the Atlanta Falcons.

Moore made a miraculous 62-yard touchdown catch with 12 seconds left in the game to tie the score and, for lack of a better term, exited with excitement after the play, which included removing his helmet, a penalty under the NFL. current rules.

The 15-yard penalty made the extra point a bit more difficult for Panthers kicker Eddy Piñeiro, who missed, sending the game into overtime where the Panthers would lose, thanks in part to another errant throw by Piñeiro.

Maybe it’s time for the NFL to take another look at this specific rule, or at least the penalty associated with it. The rules of football sometimes fail to understand the emotional ups and downs of playing such an intensely physical game. Going from nearly losing to scoring an improbable game-winning touchdown with seconds left is one intense emotional swing One that could make you throw your helmet in the air like Bobby Shmurda.

The NFL needs to do a better job of considering the possibilities of these moments and they should consider the fact that what DJ Moore did was not a bad thing for the league. It adds face and personality to someone whose face is sitting behind a helmet for the better part of three hours. Just being able to see Moore’s face adds a new level of familiarity for fans trying to get to know the players on the field. It allows viewers to experience that moment with Moore in real time because they can see how much of an impact it is in that moment.

The timing of this example below is a little different because it happened on the legitimate final play of the game, but when Stefon Diggs he threw off his helmet following his own go-ahead touchdown against the Saints in the 2017 playoffs, it immediately led to one of the most memorable interviews on the sidelines that a player has done in recent years.

These times are mostly good for the NFL. These guys aren’t crazed barbarians attacking each other on sight. It’s a screenshot of an instance, something that reminds everyone why football is such a beautiful and fickle game, of Because they should tune into the NFL every Sunday. A company that really cared about getting the word out about why their product is fun and exciting wouldn’t penalize these moments. Let them out.

Of course, the easy answer here is that Moore should just follow the rules and keep his helmet on and make it easy for the Panthers to win the game. It is unrealistic to expect a human being to act 100% rationally in this exact scenario. Let the emotions run high, create an immersive experience for everyone involved, and let these be the plays that tell the stories of the NFL. Also, is WWE a little bad for what is already a gladiatorial sport? Live a little, NFL. 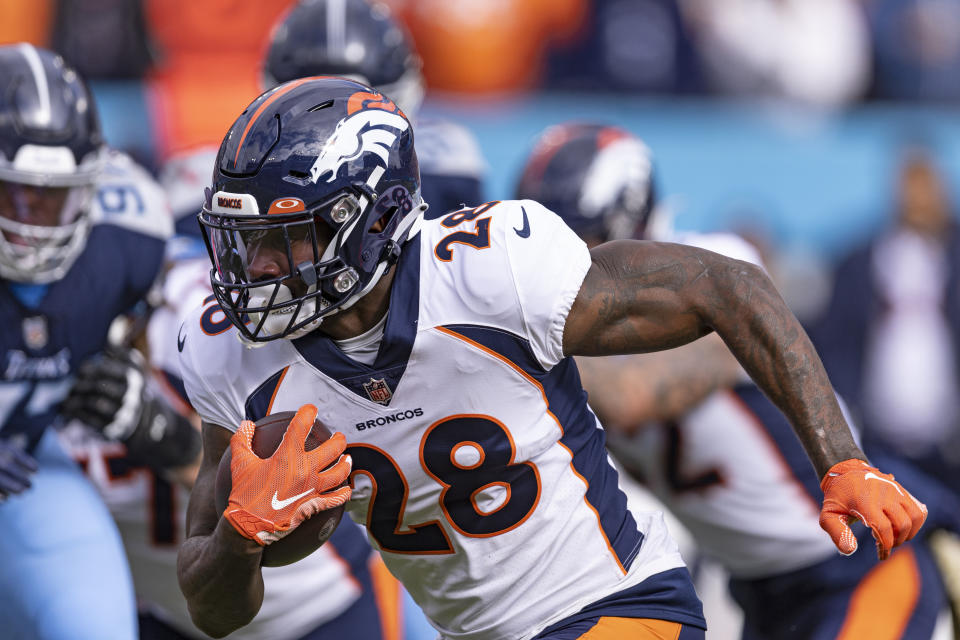 Veteran running backs and young receivers among the key additions

Robert Quinn and Eagles agree to part ways after season

Richard Sherman seems happy not to have to face Justin Fields