The Ottawa Senators may have a famous new face at the helm of the franchise very soon.

“I’m trying to do it. It’s really expensive, so I need a partner with really deep pockets,” Reynolds joked with Fallon. “It’s called a ‘consortium’ when you form a group together to buy an entity. It’s a fancy way of saying I need a sugar mommy or a sugar daddy.”

The Senators board of directors announced last Friday that the team is officially for sale, months after the death of former owner Eugene Melnyk. Melnyk’s daughters, Olivia and Anna, inherited ownership of the franchise after their father’s death.

According to recent Sportico report, the Senators are valued at $655 million. The franchise could be sold for more than $1 billion, according to reports Ottawa Business Journal.

Reynolds talked about his connection to Ottawa and how important hockey was to the community during his childhood.

“I grew up in Vancouver, which always has my heart, but I also grew up in Ottawa,” the 46-year-old said. “I spent a lot of time in Vanier there, which is a small town within Ottawa, a small community.

“Kids get pulled out of the womb on ice skates in Canada,” joked Reynolds. “They’re ready to go. Ready for the NHL when they’re four years old.”

Reynolds is one of the highest-grossing film actors of all time, with a worldwide box office gross of more than $5 billion, largely thanks to his title role in deadpool (2016) and Deadpool 2 (2018).

The Vancouver native also co-owns Welsh soccer club Wrexham AFC after he bought the club along with actor Rob McElhenney in November 2020. The pair starred in and produced a documentary about their takeover, titled Welcome to Wrexham, which premiered on FX on August 24, 2022. 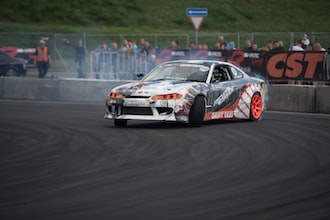 Shepherd makes an incredible save from an NHL worthy goaltender