Looks like logic will prevail, at least for now. Brian Dumoulin has been dropped from the first team after a difficult start to the season.

Some combinations of new aspects in penguin practice:

Marcus Pettersson is currently the Penguins best left shooting defenseman. He will get the promotion and I think it is the right call. There was a push over the summer to move Pettersson which was always strange to me with Dumoulin sitting right there, not just a worse player, but one who would have a higher trade value. Pettersson has been a solid player who goes about his business without much push. It has been reliable 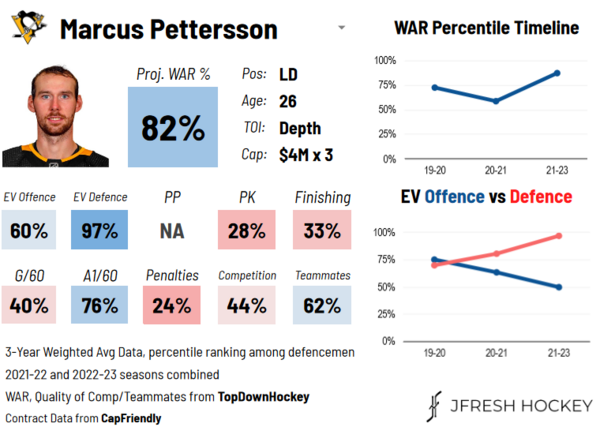 I also like the decision to put Pierre-Olivier Joseph with Jeff Petry. The Penguins backup to John Marino has yet to live up to his billing this year. I don’t think taking Pettersson away and giving him Dumoulin would be a positive development for the situation. Olivier-Joseph likely would have been demoted if he and Ty Smith’s waiver status were different. Instead, he stuck with the big club and has done a decent enough job with his opportunity 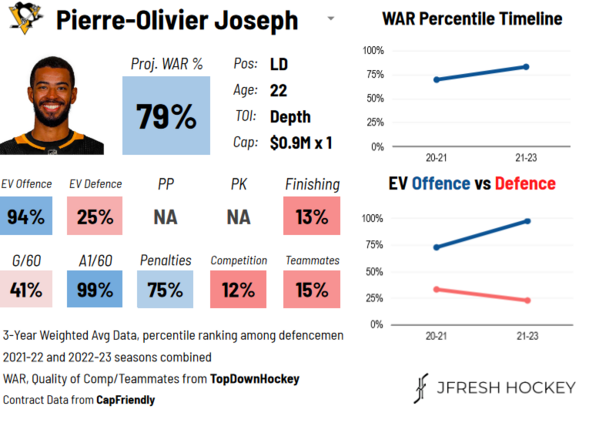 I’m ready to see how this pairing develops.

As for Dumoulin, I haven’t expected and expect him to be out of the lineup entirely, at least not realistically yet. Bottom pair minutes is what Dumoulin has earned so far and is the current situation. It’s the right move. He *should* play in the top four again. If he does, great, he will have won. If it doesn’t, that’s fine too, because at least it wouldn’t be up there underperforming. This was a necessary step for Mike Sullivan and an obvious step.

Here’s what Mike Sullivan had to say about the situation

Sullivan on Dumoulin moves on to third: “He’s a great player, professional and the Pittsburgh Penguin … He takes his own game and the responsibility to try to be the best he can be. I have no doubt that he will. . “

Next week is going to be shit

Kaiden Guhle a silver lining for Canadiens in rebuild year

How did the Penguins’ revamped defense pairings perform?