Unhappy with his first game, Jordan Binnington was stellar for the Blues in the third period against Las Vegas

LAS VEGAS – Ryan O’Reilly joked that the Blue Jays haven’t had much practice closing games with a lead this season. And he’s right.

Maybe that helps explain the 22 shots on goal the Vegas Golden Knights sent Jordan Binnington into the third period. But Binnington, unhappy with his play in the first two periods, was adamant.

He made 22 saves in the period as the Blues held on to defeat the NHL’s best team so far this season — 3-2 Saturday at T-Mobile Arena.

Even when things haven’t gone well this season, Binnington has given up very few soft goals, you know, the ones that fall into the “what he’d like to get back” category.

Well, Phil Kessel had one of those early in the second period to give Vegas a 2-1 lead.

“I wasn’t happy with how my game was going personally,” Binnington said. “So the third period was an opportunity to regroup and give the guys a chance to win.

“I didn’t like the second goal there. He just had to regroup. That’s part of being a goalie, getting back into the fight. And thankfully, the guys are playing great hockey.”

Vegas has always been a high-volume team when it comes to shooting the puck. After managing just 15 shots through the first two periods, they really turned up the heat in the third period with the Blues trying to protect a 3-2 lead.

“It was a great win overall,” said O’Reilly, who scored the game-winning goal late in the second period, tying the game 2-2. “Binner was incredible tonight, especially at the end. We haven’t been in that situation a lot with the lead in the third. But Binner was on fire. You just make save after save and you give us the confidence to do it.”

It seemed as the third period wore on, the more Vegas increased the pressure and time in the offensive zone.

The Blues had five shots on goal in the first four minutes of the final period. And that was it for the night. The final 22 belonged to Las Vegas. So it was hectic, frantic, crazy, pick your adjective. But the Blues were up to the challenge against one of the most prolific offenses in the league

“Sacrifice, working hard,” said defenseman Calle Rosen, who was a big contributor again in his second straight game since Robert Bortuzzo went on injured reserve with an upper-body injury. “People are throwing themselves all over the ice to block shots and do the little extra work. And that’s exactly what we need.

“It was great to see and be a part of it. It’s something to keep building on.”

The Blues defense had nine shots blocked over the last 14 minutes. For the visitors, the match clock seemed to be running in slow motion.

“I mean, any time you’re in the lead, you want the clock to go faster,” Rosen said. “But we trust the guys we have on the ice to do their job, and that’s all we can do.”

So, after ending their franchise-record eight-game losing streak with Thursday’s 5-3 win over San Jose, the Blues (5-8-0) kept Vegas (13- 3-0) tied the franchise mark with a 10th straight victory. .

“We played really well for two periods,” coach Craig Berube said. “The whole game, the guys fought and competed. We played a smart game. He stayed out of the penalty area, he marked well.

“He did a really good job of not rushing odd men like I talked about. And offensively, he did some really good things in the offensive zone. It’s a good defensive structure they have there. I thought we were patient and did a good job “.

For the second game in a row, the Blues did not commit a single penalty. But there were hiccups, and some big ones.

Not only did they go zero for four on the power play, including two PP chances in the first three minutes of the third period, but they gave up a Reilly Smith goal in the first period.

The streak started after an O’Reilly turnover led to a Chandler Stephenson layup.

“I was wrong,” O’Reilly said. “I thought I saw the right numbers at the blue line and I just threw a little (pass) up the middle. Which is a mistake I can’t make. It was brutal.”

However, the Blues looked to have avoided disaster when Stephenson’s backhand shot went wide of the net. Then in came Smith, flying solo through the slot, catching a pass from Stephenson after the missed breakaway to tie the game. (Brandon Saad scored the first goal of the game.)

“More guys need to come back,” Berube said, referring to the shorthanded fiasco. “(We need) more urgency there.”

The actor from St. Louis, Jon Hamm was in the Bally Sports Midwest TV booth for that goal, wearing his green Ivan Barbashev St. Patrick’s Day jersey. Remember Hamm has been in the stands in the past for a couple of Barbashev goals.

Maybe it was just a case of delayed karma, because after Hamm left the booth, but still in the second period, Barbashev scored to tie the game at 2-2.

At this point, Barbashev probably wants Hamm to attend more Blues games and make it a three-man broadcast with John Kelly and Darren Pang.

“Yeah, I think so,” Hamm said after the game, outside the Blues’ locker room. “He asked me to come to Colorado. I told him I have work to do. I have a day job.”

The Blues face the defending Stanley Cup champion Avalanche in Denver on Monday, apparently without Hamm.

Exposing the Worst Devils-Related Opinions on the Internet 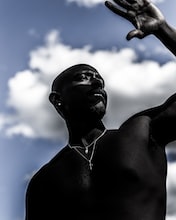 REPORT: Sharks and Sens have discussed trading Karlsson back to Ottawa