Championship week is upon us and the coaching carousel is in full swing. Let’s answer some group of 5 questions before we get to the game selection.

What does the Sun Belt need to do to get more love? Troy, South Alabama, Coastal Carolina and James Madison all have been very good this year—and yet rarely talked about. Is the middle and bottom of the conference too weak? — Mantra D.

Remember Sun Belt Saturday in Septemberwhen App State beat Texas A&M, Marshall won Mother of God and South Georgia to beat Nebraska. It felt like the conference had arrived in the top tier of Group 5 football.

But then a strange thing happened. App State lost a few games and finished 6-6 with Marshall losing Bowling Green and Georgia Southern went 6-6. The teams that came out on top at the end lacked those Power 5 wins to hang their hat on. Had program status, Marshal or Georgia Southern went 10-2, they would surely be ranked in the top 25 right now.

The conference is deep, undeniably. But Troy lost Be Miss and South Alabama (barely) lost UCLA. The league has defeated itself, and has not yet reached the point where a victory over itself is considered a victory for quality. Tulane and UCF beating Cincinnati matters because Cincinnati concluded the CFP. UCF made some New Year’s Sixers. There is cache with this.

I personally think Troy and South Alabama are very good teams. I have Troy in my top 25 in The Athletic 131. But when surprise teams end the conference, it takes some time for people to catch up.

Chris, how would you rate the G5 vacancies? — Louis S.

It’s a moving target, both with other job openings and searches. Everything is changing. But here’s how I’d rank them now:

Freedom can pay a ton of money and has top notch facilities. Hugh Freeze was twice in the TOP-25 and turned it into Chestnut work Everything else about this job can be polarizing or difficult, but it has everything to win on the field. USF can also pay a good amount and is finally catching up in facilities, and it certainly is in Florida. FAU is similar but a step down in all these aspects.

UNLV has won almost nothing in the last two-plus decades, but it has a new football building and Vegas is growing. The potential for this job should be higher. Western Michigan also has high expectations, especially after he reached the Cotton Bowl with PJ Fleck. It has good resources compared to MAC but any MAC work is tough these days. Tulsa and The state of Texas very close, but Tulsa has a winning record while Texas State has never made a bowl as an FBS team.

App State started the year by taking on a ranked UNC team and then beat Texas A&M in pretty statistically dominant fashion. Then everything kind of… fell apart. It’s App State’s worst conference record in 37 years, and they’ll miss a bowl game despite six wins (two against FCS teams). What are the prospects for the changes taking place in Boone to remedy this uncharacteristically lackluster season? — Matt D.

Head coach Sean Clark told me last offseason that he felt pressure from the fans just because he didn’t win the Sun Belt last year. That’s a big increase after those 6-6 non-bowl seasons.

The changes have already begun, with defensive coordinator Dale Jones leaving the program after spending 26 of the past 27 years on the staff. I won’t be surprised if there are new personnel changes. Clark will get a chance to turn things around.

This App State team has had one of the most surprising seasons in recent memory. He scored 40 points in the fourth quarter vs North Carolina, beat Texas A&M, hosted “College GameDay,” beat Troy on a Hail Mary, went 28-3 against James Madison, lost to Texas State and lost in double overtime against Georgia Southern with the cup on the line. A decade of good and bad moments in one year.

What the hell is WMU doing? Also, why isn’t Chris Creighton getting more traction for jobs? I’m not complaining. As an EMU fan, I want to build a statue of this guy. But still? — Dan T.

I know some people were surprised Western Michigan sacks Tim Lester, but I wasn’t. Leicester did a great job losing just one season and three cup games. But he didn’t make it to the MAC championship game and let the division slip away at the end of the season several times. It’s understandable that athletic director Dan Bartolome has higher expectations given that WMU is one of the best-resourced teams in the MAC. Since WMU last made the MAC title game in 2016, nine other MAC schools have reached the game. It’s up to Bartholomew to find the best coach and live up to those high expectations. The search right now focused on some coordinators, but Michigan assistants like Sharon Moore, Jay Harbaugh and Mike Hart could participate. 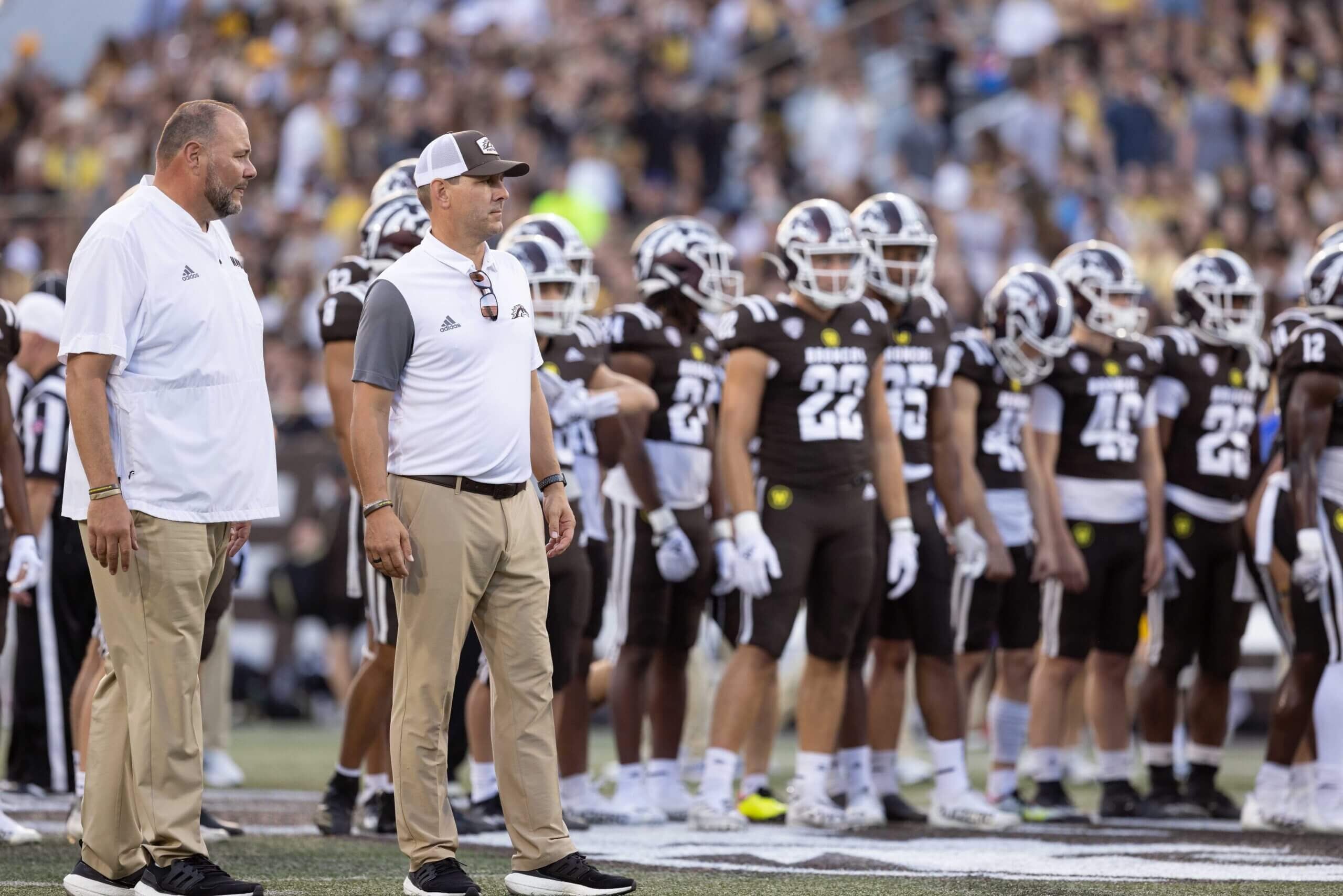 What’s holding Creighton back, fair or not, is that his overall record at EMU is 45-61, and he didn’t win more than seven games with the Eagles before an 8-4 season this year. Now I understand the context of it all, especially as someone who grew up in southeast Michigan. The program was arguably the worst in the FBS when he arrived, and the eight wins this year are the program’s most since 1987. Bringing back-to-back wins in this place is incredible. But those basic numbers can be hard to sell to boosters and admins. A coach needs a big season that pops up. Probably his best shot at a big job is one that requires real renovation.

Could JMU’s experience and results force the NCAA to reconsider its archaic bowl position for new FBS programs? Not this year, but maybe next year? — Mark N.

No. I know I’ve answered this a few times, but it gets asked all the time. The purpose of the transition rule is to prevent anyone from moving up in classification. Basically, there is a price to pay. You may recall that Bellarmine won the ASUN men’s basketball tournament last season but was not allowed to play in the NCAA tournament as a reclassified school from Division II. In July, the Division I board of directors denied requests to decline that time.

JMU plans to ask the NCAA to shorten the FCS-FBS transition from two years to one, citing resources being used. It may be more possible. And as Coastal Carolina head coach Jamie Chadwell pointed out this week, to the chagrin of the JMU folks, the existence of the portal and the extra scholarships have made that transition a little easier. And don’t forget that Georgia Southern went 8-0 in its first Sun Belt season, but still didn’t get a bowl game. I don’t see that changing.

Given that Hugh Freeze is leaving for Auburn after signing an extension at Liberty, can we put “he just got an extension” to bed thinking the coach won’t be leaving for another job? — Riad K.

It all depends on the buyout. When Freeze signed the extension, I sure to notice that it was a substantial ransom, but one that could not hold all.

This is different from, say, UCSAJeff Traylor, whose buyout after extending last year started at $7.5 million. That’s enough to keep mainstream schools out for a few years until it tapers off. Similar to NFL contract news, when guaranteed money is the most important thing, the key piece in the workout extension is the buyout.

When do you think we can get rid of the coined term G5? – Benjamin P.

In 2024. With the Rose Bowl deal and now the likely expansion of the CFP will take place in 2024, then the term would technically lose its meaning. Some of us in the media may stick with it or choose something else, but “Group 5” has a specific definition for now, until 2024.

Forecast for the championship game