Who are the best managers available for next Premier League vacancy?

Typically, November and December are the most precarious months for football managers, but with the World Cup putting Premier League football on hiatus for much of those in 2022, former Southampton boss Ralph Hasenhuttl was the only one to leave his job during the last two months of the year.

On average, eight Premier League managers are sacked per season (though there were actually 10 in 2021-22), so it’s likely we will see more before this season is over, with pressure mounting on Frank Lampard at Everton, David Moyes at West Ham, Leeds head coach Jesse Marsch and Nathan Jones at Southampton. This month is also looking like a crucial one for Antonio Conte at Tottenham.

But who is available by way of a replacement? Here, in no particular order, is The Athletic’s managerial rundown…

Enrique left his role with the national team after their shock exit to Morocco at the World Cup, but is highly regarded for his tactical and technical expertise. As a player, he collected trophies at both Real Madrid and Barcelona before returning to the latter club to start his coaching career with Barcelona’s B team, taking over from former team-mate Pep Guardiola. Stints at Roma and Celta Vigo followed before he returned to Barcelona as first-team head coach for a three-year spell that saw him deliver nine of 13 available trophies, including a historic treble in 2015 (his first year in charge).


Enrique left the Spain job after his side lost to Morocco on penalties at the World Cup (Photo: Julian Finney/Getty Images)

That success helped secure him the Spain job, where his clear idea of how he wants his team to play and his attacking brand of football guided them to within a penalty kick of the Euro 2020 final. A strong communicator (throughout the World Cup he appeared on streaming site Twitch almost daily to answer fans’ questions), he speaks good English and espouses a desire to entertain (“There are 50,000, 100,000 people in a stadium and millions watching at home, they are an important part of what we do. We play for them — so why bore them?”) as well as to win. That’s an incredibly attractive proposition for any team. It could be a hard sell to tempt him to a club without Champions League football, but should the Spurs job become available, then perhaps that would be the most likely destination.

“I’m a person who likes to build things,” said Martinez when discussing his decision to step down from the role of Belgium manager after their disappointing showing at the World Cup, where a defeat by Morocco and a draw with Croatia ensured a group-stage exit. It’s relatively rare that a manager gets the opportunity to do that with a Premier League team these days (especially one at the wrong end of the table), but Martinez’s experiences in England with Wigan and Everton will be a mark in his favour for some. 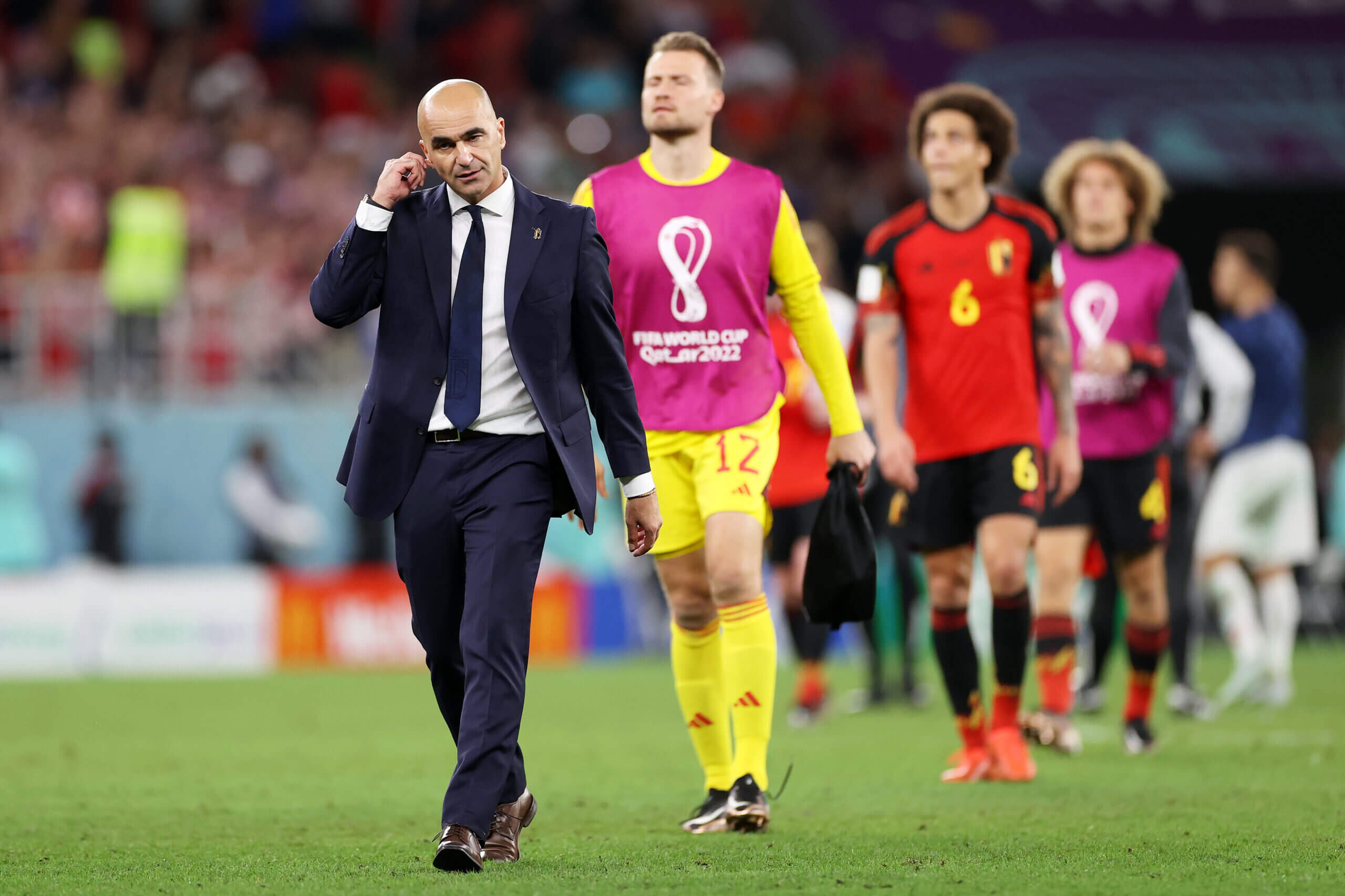 Martinez and Belgium went out in the group stages of the World Cup (Photo: Michael Steele/Getty Images)

A bronze medal at the 2018 World Cup is the highlight of his reign with Belgium and some will feel that with the players at his disposal, there should have been more success. Having been out of club football for six years, there could also be question marks about how quickly he would adjust to the relentlessness.

It’s approaching a year since Bielsa’s departure from Leeds, which is probably just about long enough for him to have compiled a thorough dossier on whichever team he next has his eye on. The Argentinian led Leeds to promotion from the Championship in 2020 and a ninth-placed finish in their first season back in the Premier League, scoring a record number of goals (62) for a promoted club in a 38-match PL season and finishing with the most points (59) by a promoted team since Ipswich Town’s 66 in 2000-01. 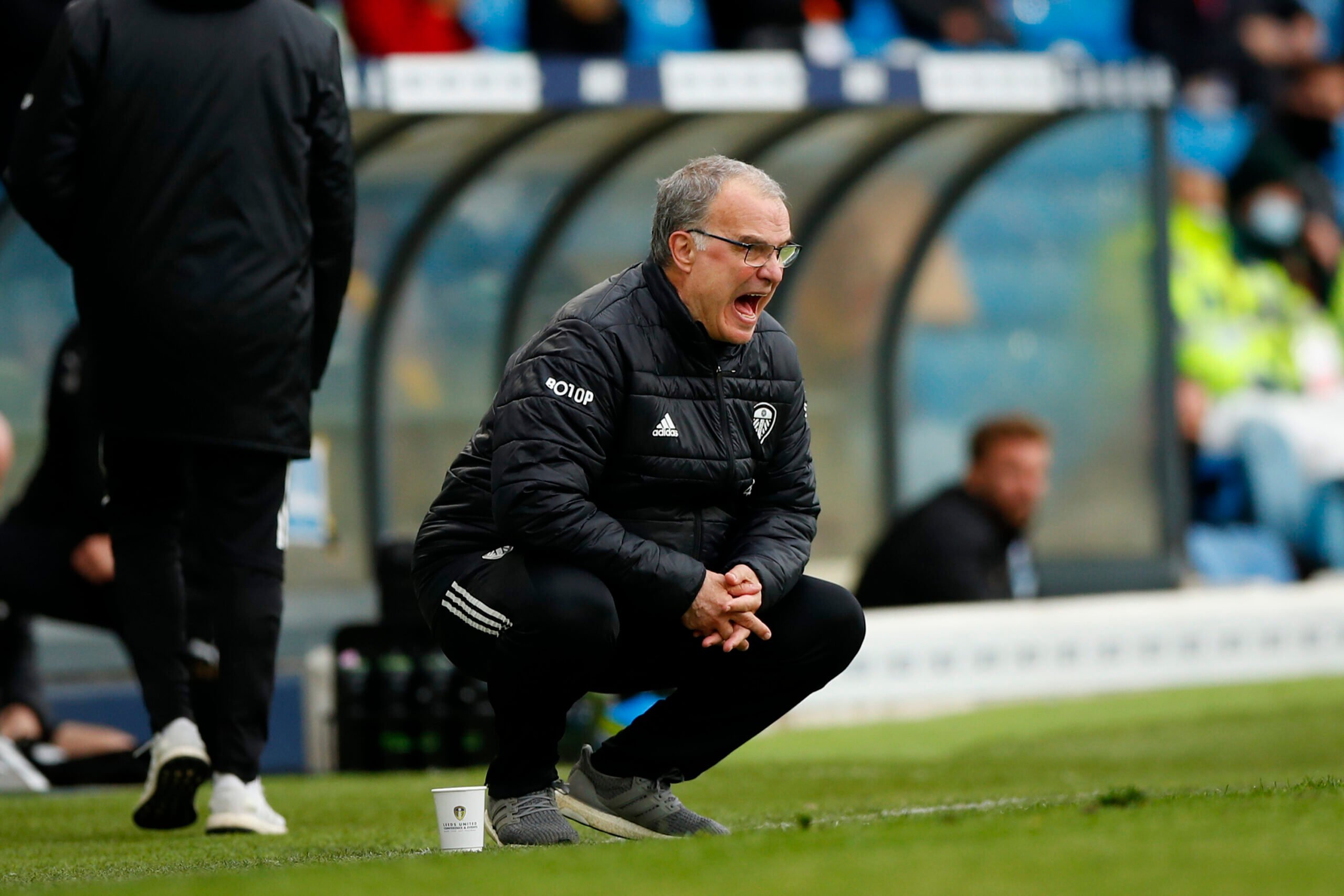 His tactical expertise and coaching ability are world renowned, as is his reputation for attention to detail and the strong work ethic he demands from his players. Bielsa’s experience in the Championship could also be a big mark in his favour for those clubs looking to hire over the next few months, just in case…

If reports that Tuchel is learning Spanish are true, then it could be beyond any Premier League team to tempt Tuchel back to England for his next job, but his name will certainly be on a watch list for those clubs on the lookout for a new manager. It is difficult to see him going to a club that’s not in the Champions League but if any club can tempt him, they will be getting an intelligent coach who has the ability to combine a fine tactical acumen with the emotional intelligence that often separates good coaches from great ones. 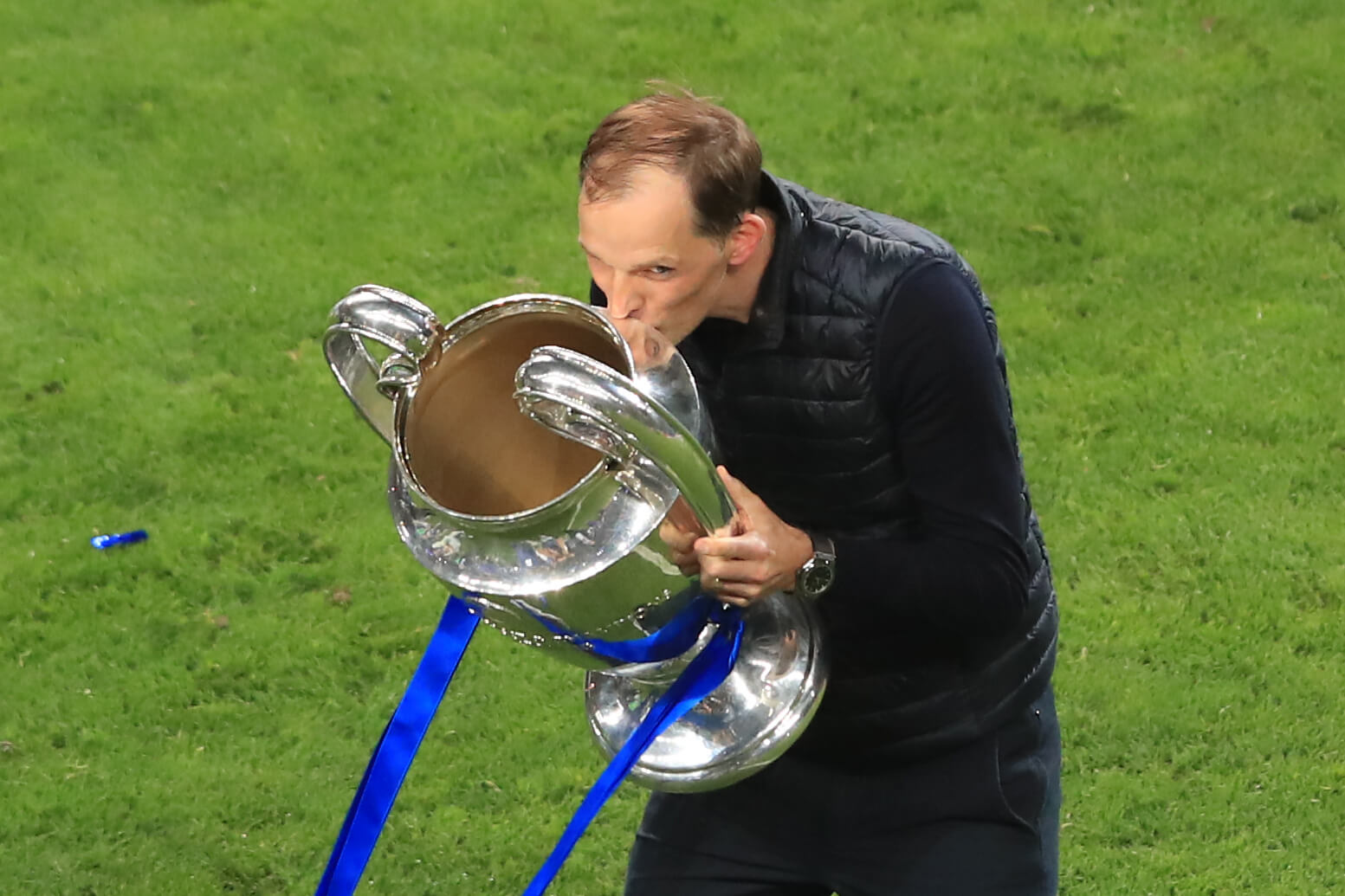 When asked what the first thing he wanted to implement was when he arrived at Stamford Bridge, he replied: “A nice atmosphere between all of us here at Cobham (the club’s training base). A friendly, honest and nice atmosphere where everybody loves to come here every single day.” By the time he left, not everything was quite so rosy at Cobham, but the German left the club as a Champions League winner and his reputation as one of the world’s leading coaches intact.

OK, so Amorim’s not actually “available” as such, as he’s still under contract at Sporting (until June 2024), but should a Premier League club focus their sights on one of Europe’s most highly rated young managers, they will surely be able to find the cash needed to free him (reportedly just over €10million). The former Portuguese international is still relatively early on in his managerial career, but a year after starting out in the third tier of Portuguese football, he secured a move to Braga as reserve-team manager. When first-team manager Ricardo Sa Pinto was sacked three months later, Amorim (then 34 years old) was elevated to the role and impressed, winning 10 of his 13 games in charge. 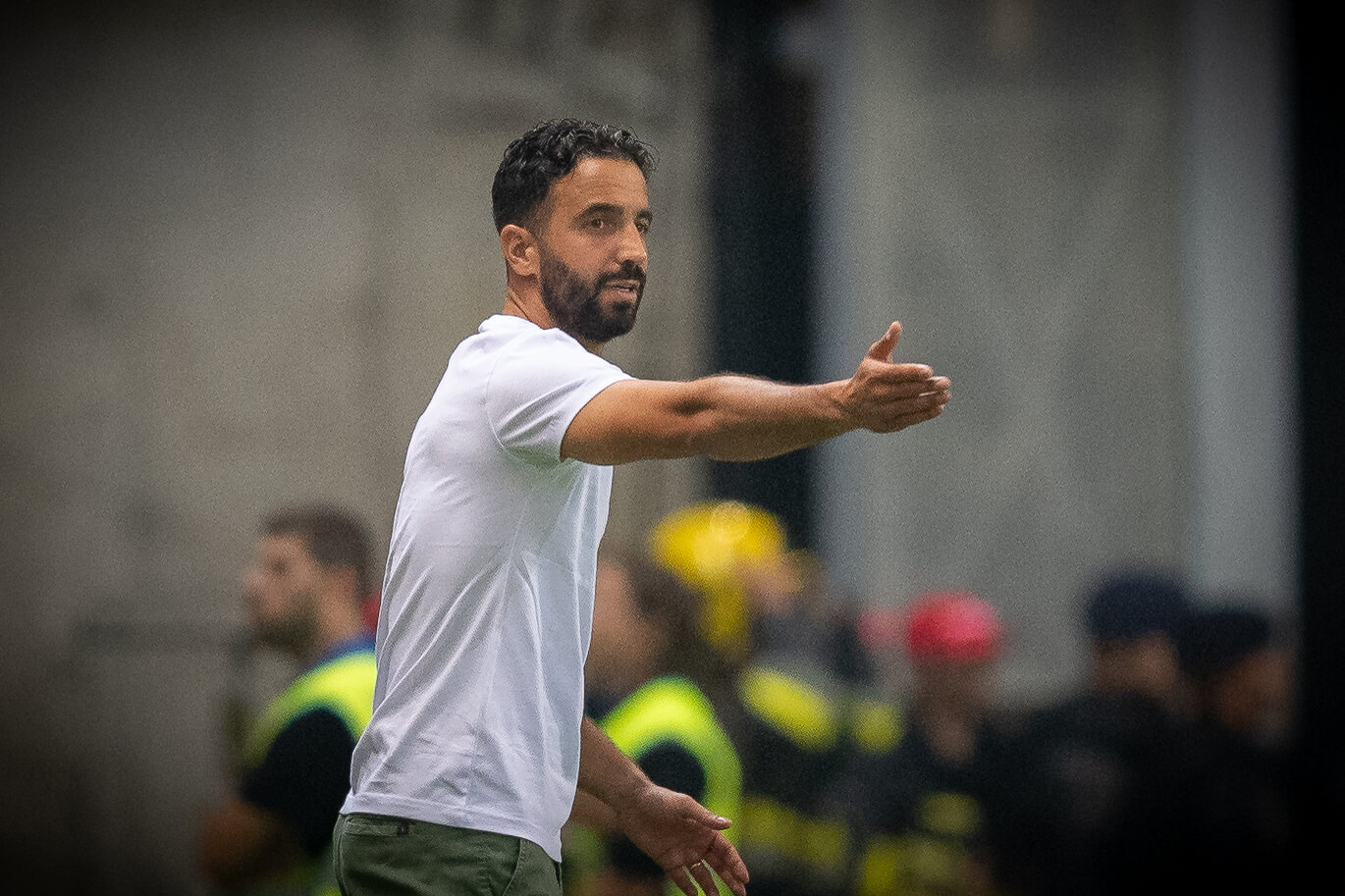 Amorin won the double in his first season at Sporting (Photo: Rui Manuel/AFP via Getty Images)

His impact led to Sporting stumping up the cash to buy Amorim out of his Braga contract and in his first full season in charge the side did the domestic double, winning their first league title in 19 years. Under Amorim, Sporting play a possession-based game with a fluid front three and high levels of intensity when they don’t have the ball. A client of Jorge Mendes, Amorim speaks good English. If he feels ready to make the move away from Portuguese football, he probably won’t need to work too hard to find potential suitors.

Some five years into his professional coaching career, Tedesco has already experienced the dramatic rise and fall trajectory that more seasoned managers become accustomed to. His rise has been a fascinating one, from playing amateur-level football and coaching his club’s under-six side, Tedesco worked his way up the coaching ladder (while also working for a company producing car parts for Mercedes).

By the time Tedesco was appointed to replace Jesse Marsch as RB Leipzig manager, he’d experienced taking over a side battling relegation (Bundesliga 2 club Erzgebirge Aue) and keeping them up, being named as Schalke manager in the face of widespread scepticism about the capability of the young “laptop coach” and proving his worth by guiding them to second in the Bundesliga in his first season, then leaving Germany to become Spartak Moscow’s head coach. 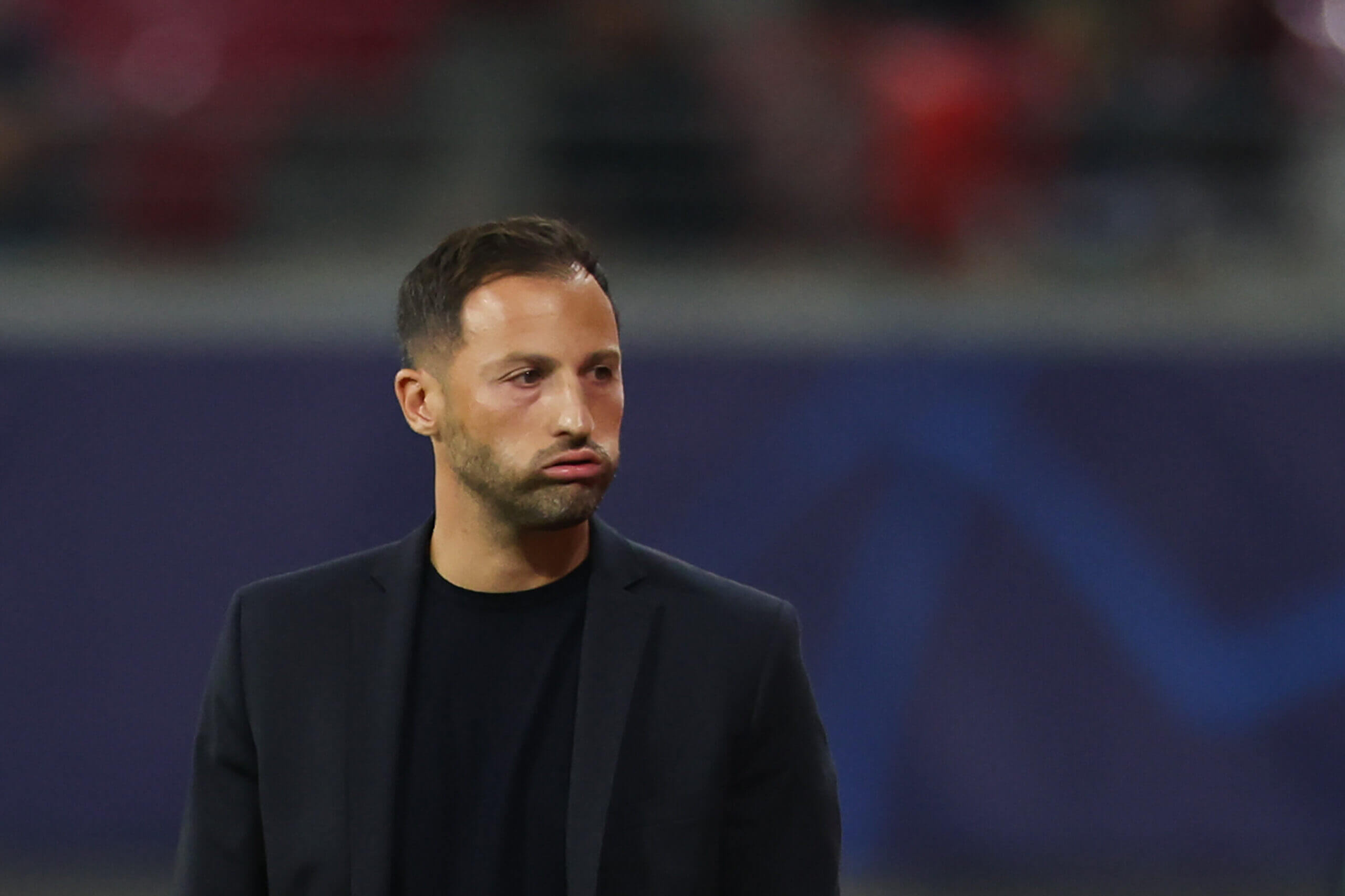 After a strong start to his time at Leipzig, where he led them from 11th in the table to fourth and helped them secure a first major trophy, there was a rapid unravelling, involving a deterioration of the relationship between head coach and chief executive Oliver Mintzlaff and one league win in Leipzig’s opening five games of the season. Fluent in German, Italian, English and Spanish, Tedesco’s tactical acumen, defensive nous and strong communication skills ensure his name will be much discussed over the coming month.

It’s been just over a year since the former United striker left the club after a 4-1 defeat to Watford left them eighth in the table and with the worst defence in the top half of the league. He’d led them to second spot in 2020-21 and a Europa League final, but by the time he left, there were question marks against Solskjaer’s man-management skills and tactical acumen, with the consensus among many being that he was out of his depth at a club which was lacking direction from the top and in need of a strong leader. 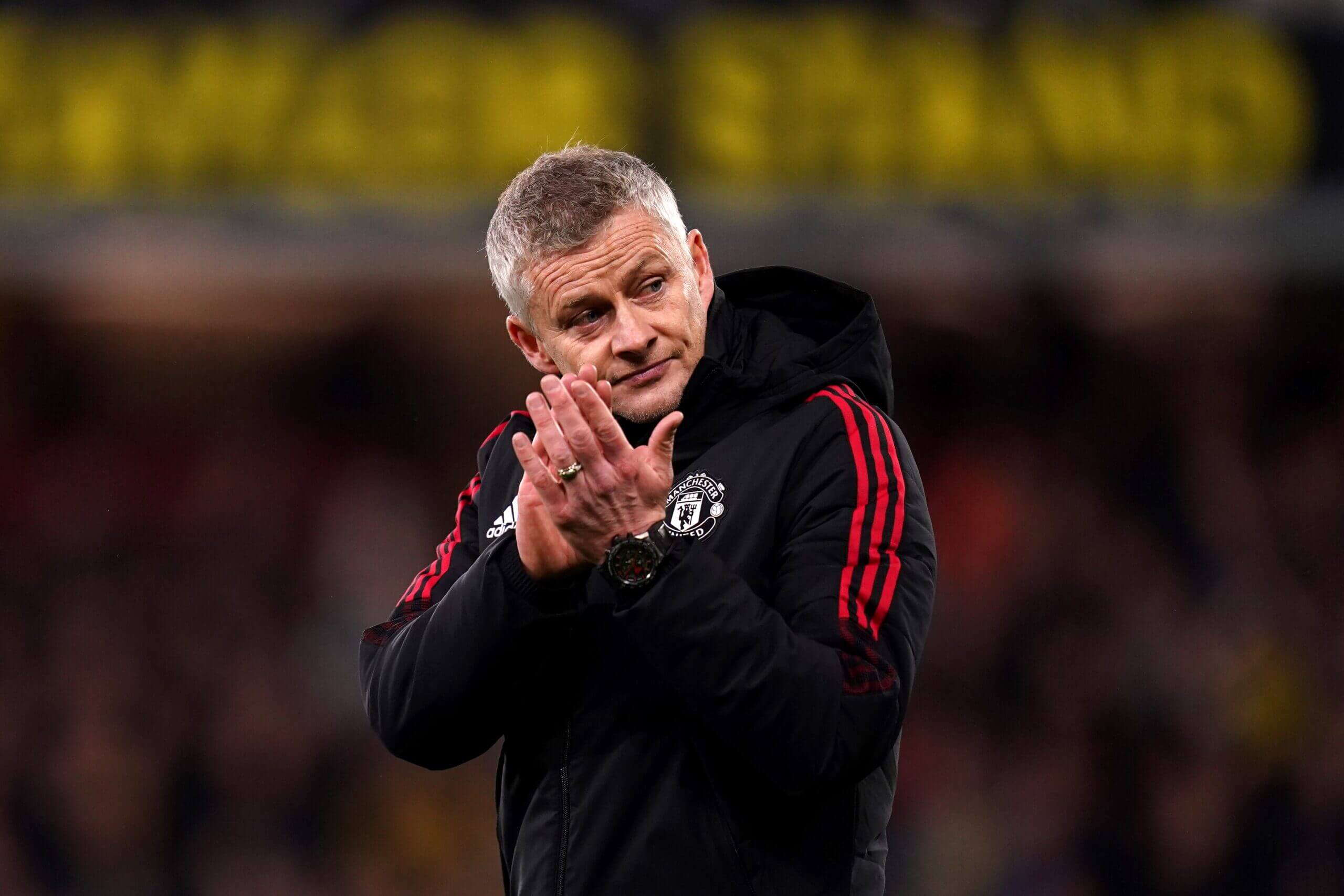 But many United fans look back on his time in charge with positivity over the change in atmosphere from the Jose Mourinho era and the early period of his time in charge, which brought some of the best times at the club since the retirement of Sir Alex Ferguson.

Solskjaer has kept a low profile since leaving, turning down offers of a return to management and television work but has spent time watching and studying the game — re-watching all 168 games he was in charge of Manchester United. He believes he’ll return to management as a better version of the coach who left.

Bento left his post as South Korea manager after leading them to their first appearance in the knockout stages of the World Cup since 2010, courtesy of a 2-1 win over his native Portugal. The former Portuguese international, who won 35 of his 57 matches in charge of South Korea, has combined club management with international roles during his 17 years as a coach so far, with most of his success coming during his four years at Sporting. He speaks good English and his stock will have risen as a result of the success in Qatar, but whether that means a Premier League team would be willing to take a chance on a manager who is yet to work in England remains to be seen. 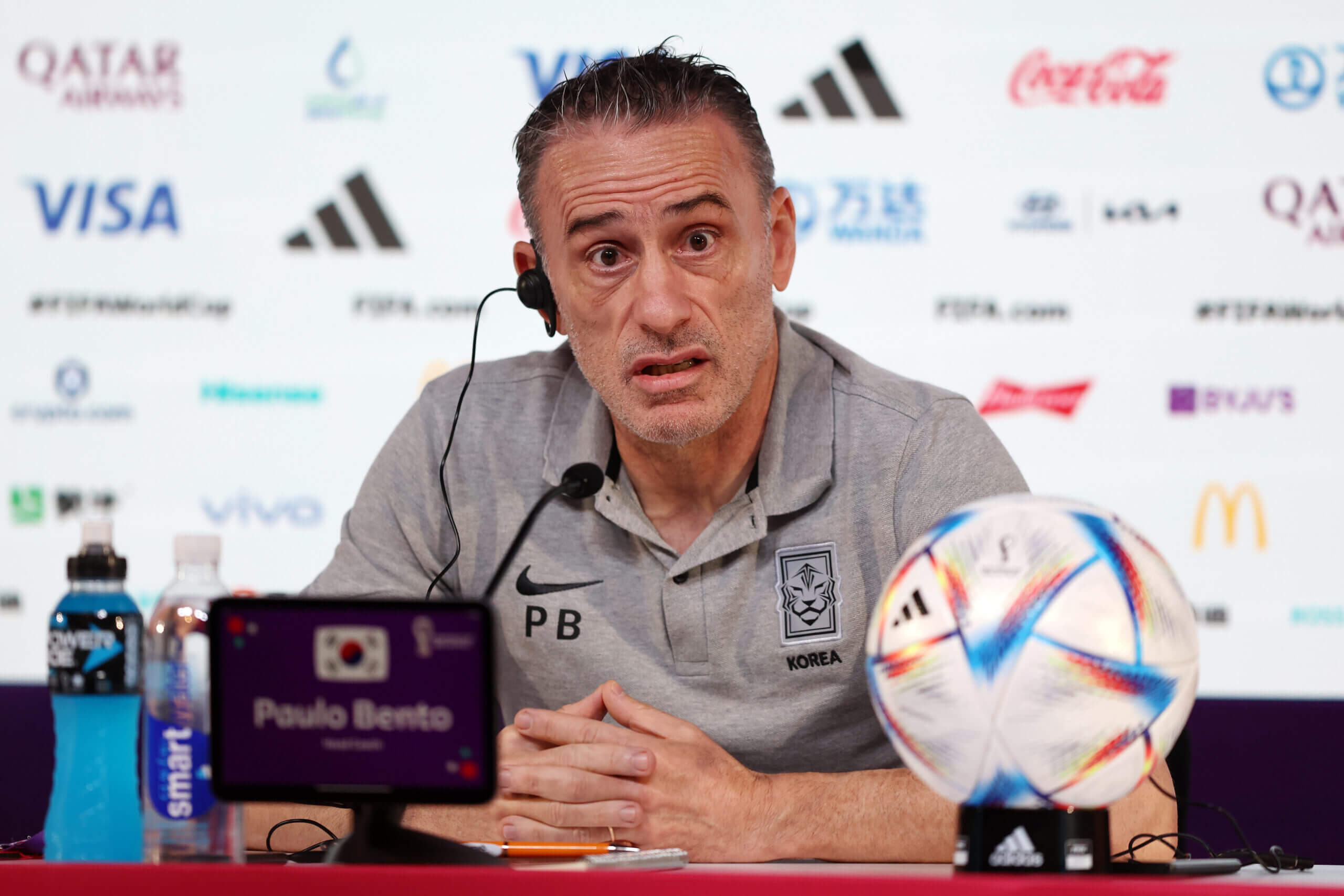 Bento was in charge of South Korea at the World Cup (Photo: Mohamed Farag/Getty Images)

His name gets linked with most of the “big” jobs that open up, but the former Spurs manager knows he has little to lose by waiting for what he perceives to be the “right” option. It’s unlikely he would move to a side that hasn’t secured Champions League football, but then there are few guarantees at present (Manchester City aside, perhaps). It’s also difficult to see him returning to the Premier League at the likes of Everton, West Ham or Leeds, but he makes no secret of his love for the league and desire to return. 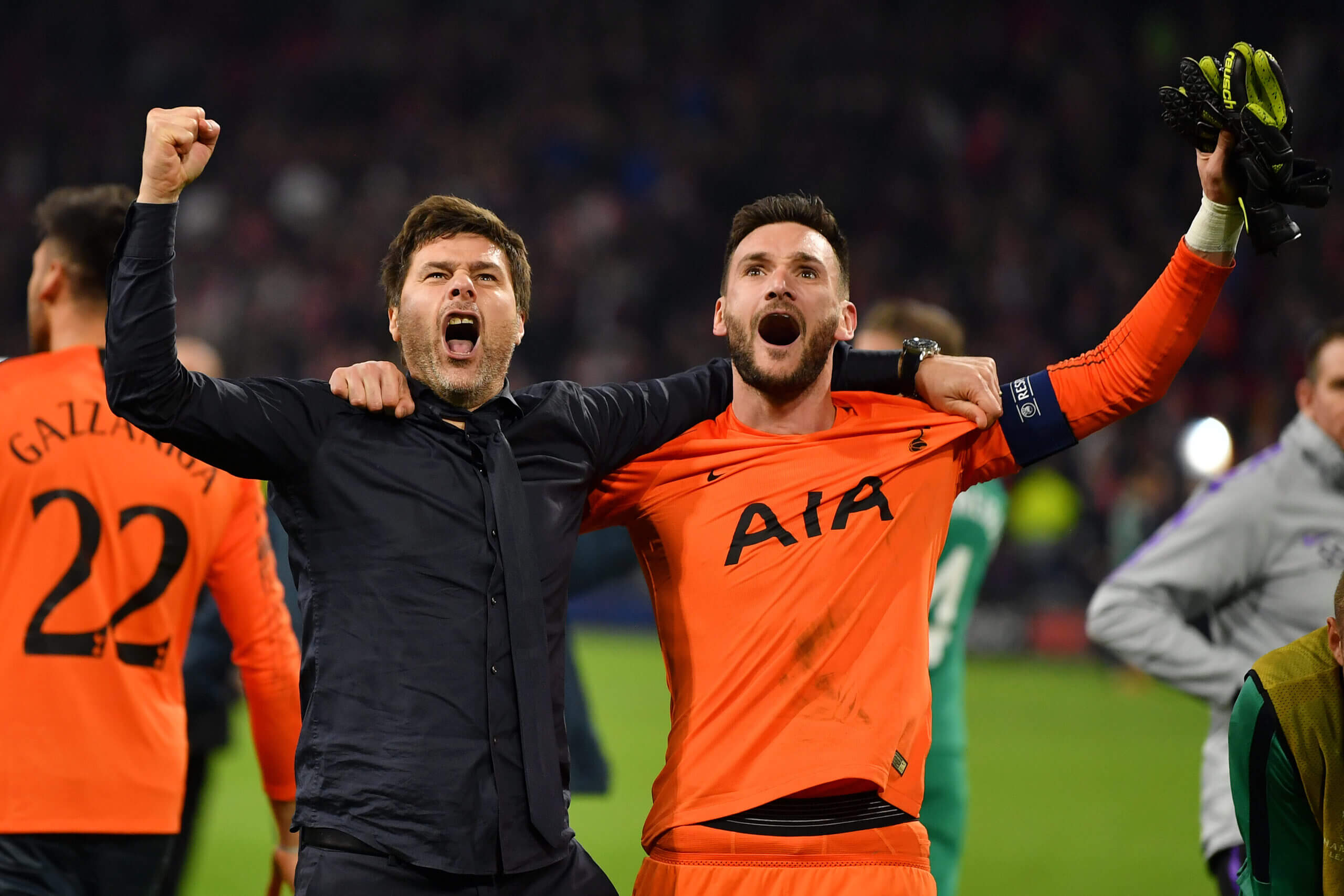 So perhaps it depends on how long he is willing to wait for one of the “big” jobs to come up? And, if the Spurs job is the first, whether he would return to the club for a second stint? Last year he told Rio Ferdinand (as part of an interview for BT Sport) that he still thinks of Tottenham as “my club, my place. I think when you really feel the commitment and when you feel the people give everything to try to be successful, and they treat you really, really good how they treat us, it’s impossible to forget that”.

He undoubtedly needed a break after almost a decade at Burnley, but Dyche will be keen to get back into management this year and has openly said he’s dedicated a window of time to seeing if any Premier League clubs want to hire him before looking elsewhere. 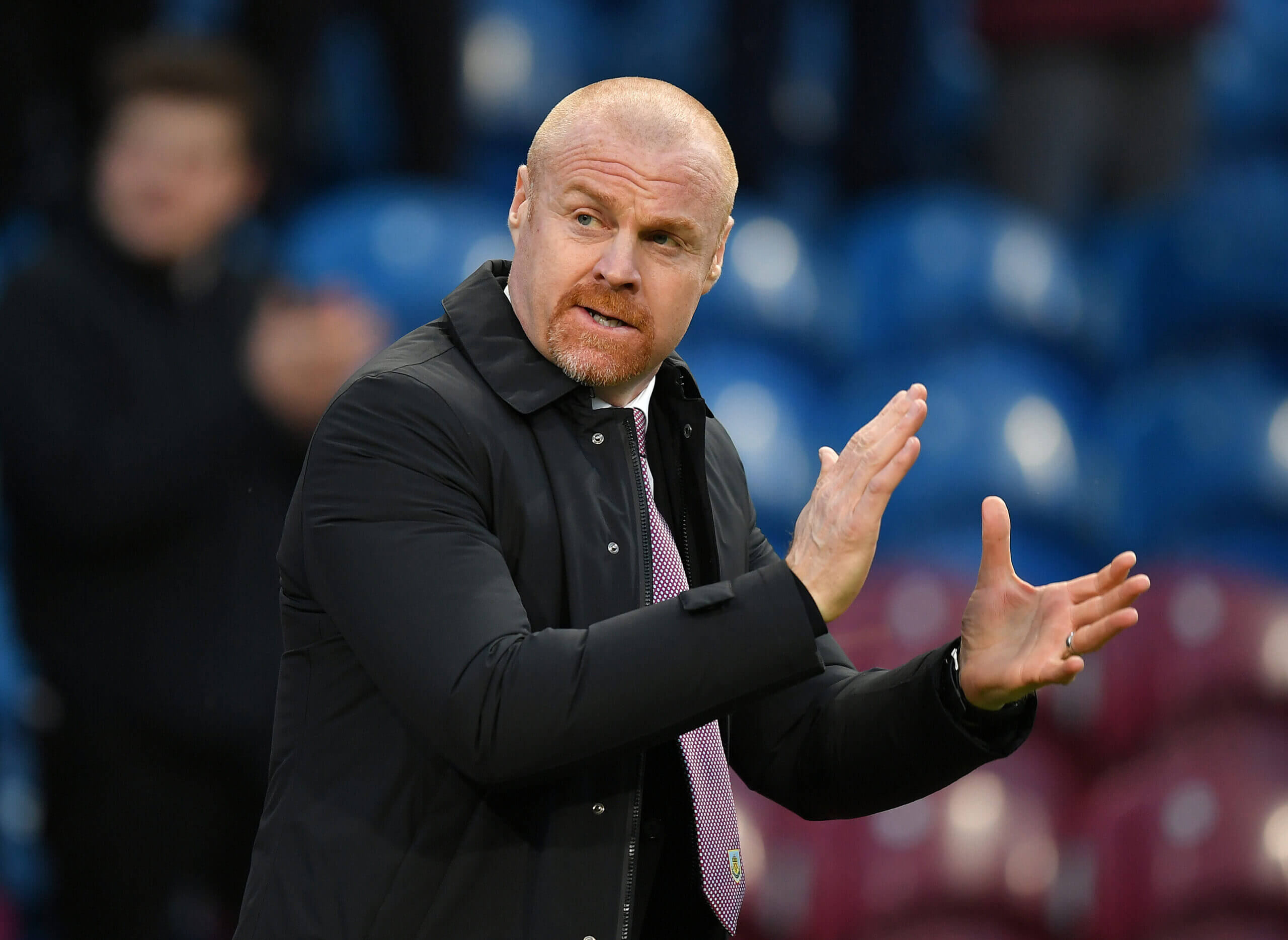 Spending such a long time at one club comes with pros and cons from a recruitment perspective: it shows he’s capable of building and maintaining a squad despite budget restraints, working across divisions and meeting the challenge of refreshing a team when needed. But it also leads some to question whether he is able to achieve as much in a different environment, with different challenges, demands and expectations. He will relish the opportunity to answer those questions.