Jim Harbaugh: My heart is in the University of Michigan

Jim Harbaugh’s flirtation with the NFL in 2022 ended with his return to the University of Michigan and the same has happened in 2023.

Harbaugh interviewed with the Broncos last week, but University of Michigan president Santa Ono tweeted Monday afternoon that he had just spoken with Harbaugh and said Harbaugh would remain with the Wolverines.

“I just got off the phone with Coach Harbaugh and Jim shared some great news that he has will remain As the head coach of the Michigan Wolverines,” Ono said. “It’s great news that I’ve shared with our Athletic Director Warde Manuel.”

Harbaugh released a statement of his own a short time later.

“I love the relationships I have at Michigan: the coaches, the staff, the families, the administration, President Santa Ono and most of all the players and their families,” Harbaugh said. “My heart is in the University of Michigan. I once heard a wise man say, ‘Don’t try to make me happy.’ Go Blue!”

Ono said late last week that the school had “positive and constructive conversations” with Harbaugh about staying in Ann Arbor. Those conversations reportedly discussed adjustments to Harbaugh’s contract and it will be interesting to see if there is a buyout now that Harbaugh is considering returning to the NFL in 2024.

John Lynch: Deebo Samuel is a guy you wait for 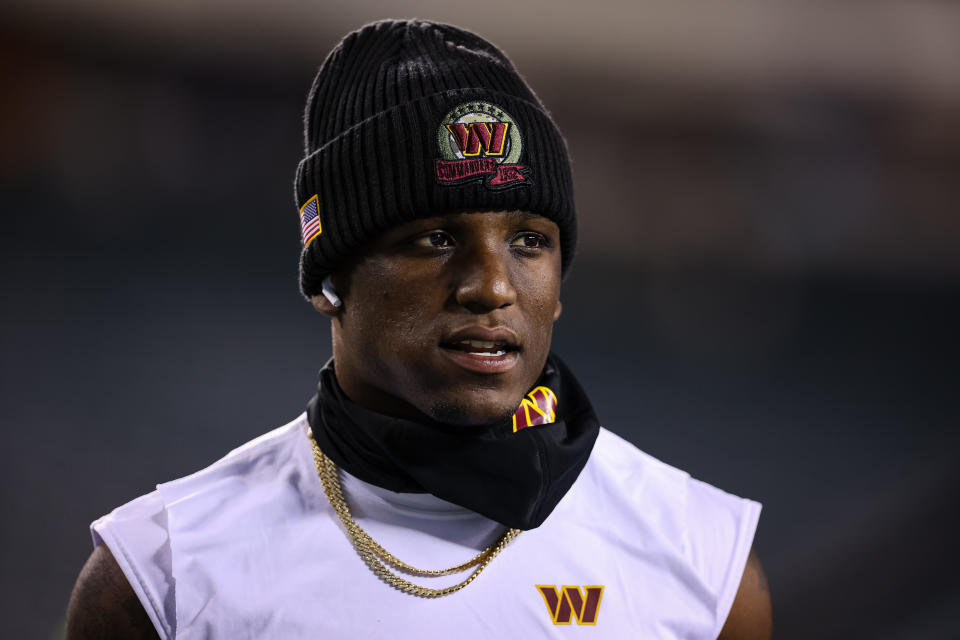